Can Cylance Antivirus live up to your expectations?

So there you are, doing your usual online surfing – catching up with friends and looking at funny memes when suddenly your computer just froze. What just happened? Why would this happen considering you are not running any heavy software in the background?

Your computer might be infected with a virus. That’s what happened. The thing is that it can be difficult to remove the viruses after a computer has been infected. In this case, prevention is better than cure. And for that, you need a reliable antivirus software to protect your computer and your files.

There are tons of antivirus software that offer free service. However, they have limited capabilities and protection. For this reason, it is important that you invest in one that can give you total security. But still, there are lots of them. So let’s weed them out by conducting reviews.

The aim of this Cylance Antivirus review is to help you decide whether this is your best bet when it comes to protecting your computer or if you need to set your sights elsewhere.

But before that, let’s talk about viruses.

What is a Virus? 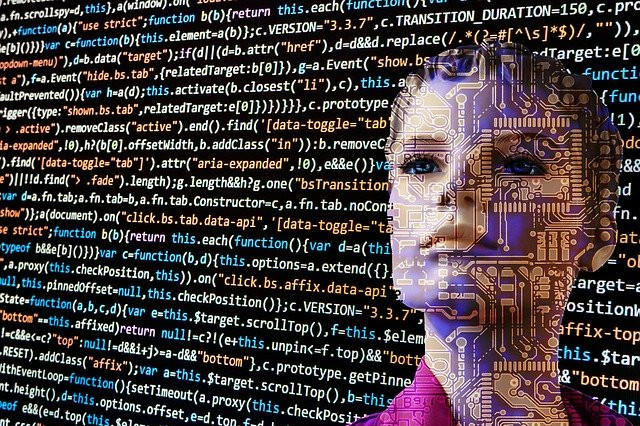 I am sure by now that you know viruses exist. They are as real as can be, especially now that everyone has access to the Internet.

Viruses don’t just sprout up as they are made by unethical programmers. They are aptly called as such because, like a real biological virus, they have the ability to replicate themselves and spread to other computers.

After which, the virus is like a predator that patiently waits for its prey. When someone or something triggers the virus (such as pressing a particular key), it is unleashed into your system.

Not all viruses are created equal. They do whatever their creator wants them to do. Some are as harmless as merely displaying a message, others just send out an email to your contacts, while others erase the data on your computer. Believe me, this hurts A LOT.

Not a long time ago, viruses could spread from borrowing floppy disks and inserting them to your computer. Today, viruses are transmitted through email. They can disguise themselves as an important or interesting attachments so that people will want to click on them.

Once the receiver clicks on that attachment, the virus comes to life and stays on that receiver’s computer. At times, it sends a copy of itself to other people in the contact list.

After this, the virus will find a way on how to infect other computers. Or maybe by latching itself to a flash drive and infecting others who use that flash drive.

Apart from viruses, there are also other programs that are intended to harm the computer. For instance, there’s the Trojan horse that appears to be a game, but it’s actually not.

There’s also the worm, which can do different things depending on its’ author’s intent. For example, it can scan your hard drive and look for credit card numbers, passwords, and other pertinent financial data, and then send it back to its creator.

Presently, there are already thousands of viruses developed. Antivirus programs exist to detect and remove them from your computer. However, virus creators are really skilled in a way that they continually develop new ways so that antivirus cannot spot them. For this reason, antivirus programs need to be periodically updated to keep a database of viruses and remove them.

What is an Antivirus Program?

Antivirus programs such as Cylance antivirus have a database of thousands of noted viruses that they can catch and get rid of. Furthermore, they can determine the changes that the viruses make on your files. For this reason, the possibility of catching a virus is huge.

Windows has an antivirus called Windows Defender, which is already dependable. However, there are a lot of better options out there.

The cybersecurity companies who create antivirus programs periodically provide updates to help their software fight the newest viruses. The thing is, virus programmers relentlessly create new viruses, which means that your antivirus software is of no use if you don’t update it.

What is Cylance Antivirus?

Cylance started as a provider for enterprise-level endpoint protection in 2012. Their focus is on manufacturing programs that progressively identify and prevent malware in contrast to removing it.

The Cylance Antivirus is an endpoint security tool for your home. Endpoint security deals with defending end-user devices such as mobile phones, laptops, and desktop connected through a network.

This kind of service is usually available for businesses. But in this case, Cylance Antivirus brings this kind of power to your homes, even if you are using it on just one device. It promises an AI-based robust virus scanner.

We will learn more about Cylance Antivirus by answering the questions that people often ask about this product. Ready?

Definitely yes. To start using the antivirus, you need to buy the product, register your details, and download the installation wizard on your device. Cylance Antivirus will install and configure the settings for you.

Cylance antivirus runs in the background and patiently waits for a virus to be triggered. If you “activate” or run a file that Cylance sees as a threat, that file will be quarantined so it can’t infect other files anymore.

Just go to the web-based dashboard to check the viruses/threats and events. If you think that a file was mistakenly blocked, you can edit the event list to allow the file to launch.

Cylance Antivirus can give you protection from Trojans, malware, spyware, and other viruses. As soon as you try to download, open, or launch a malicious file, the antivirus immediately quarantines it.

Cylance Antivirus banks on its capability to detect and quarantine malware. Thus, it does not keep you from visiting unsafe sites where viruses usually come from.

As per the company, the IP address or URL from where the viruses are sourced, are overlooked, since those can easily change. Instead, they check the profile of the file. This can be both its boon and bane as it can also mean that you will still gain access to phishing and deceitful sites.

Users of the subscription can use the product through an online dashboard. This is where you can view a list of all end-user devices associated with the account and their corresponding status. You get also see basic info like the MAC and IP addresses, and the threats found.

It may be a good antivirus but it lacks some important features.

It does not have parental controls, firewall, and spam blocker, which might be also important to you. If you think you need those, it means that you need to shell out more cash to acquire them from other providers.

Yes, it is. But, again, if you need spam filter, firewall, and pop-up blockers, you will not think that Cylance Antivirus is not reliable. However, it can successfully identify even the most difficult and destructive threats.

The company is also transparent when it comes to pricing. As you add more devices to your plan, the price goes higher as well. The thing is that they are a bit pricier compared to other antivirus software considering that they lack some necessary features.

Everything happens in the background so you won’t notice that the Cylance Antivirus is doing its job. Even the updates are quietly done without pop-ups appearing.

The antivirus program scans your device in real-time without you knowing. The fact that it is light and does not disrupt your computing activities is a huge plus.

5. How is their support team?

They have a database of knowledge so you can troubleshoot on your own. Their support team is also helpful and prompt in responding to customer queries.

In addition to that, there is also a community where users can exchange their knowledge and thoughts. They offer phone support too for those who are in need of real-time assistance.

Cylance Antivirus shines when it comes to protecting your devices from malware. It is a pioneer when it comes to AI-based antivirus tool. For this reason, you need not update regularly as its adjusts its detection capabilities. Furthermore, it is also lightweight, runs quietly in the background, and is user-friendly.

However, it needs some improvements.

If you want an all-encompassing antivirus software, you need to look elsewhere. Otherwise, you will need to incur more expenses by paying one service for the Cylance Antivirus, and another for the firewall, spam filter, and more that Cylance does not have.

But if you already have a reliable threat detector on your computer or other device, and you just want an additional service that is not heavy, Cylance antivirus is a good choice for you.